Nahr Umr oil field is one of the important productive southern Iraqi oil fields. This study
focuses on the type of fold and faults of the Nahr Umr oil field. A structural analysis
(geometric and genetic analyses) performed to identify its type, origin and to find its relevance
to main regional tectonic events. The structural classifications employed well and geophysical
data through using structure contour maps, cross sections, and seismic section.
The structural analysis inferred that fold of Nahr Umr oil field classified as antiform, upright,
non-plunge, gentle, supratenous, dome feature, and asymmetrical. The limbs are unequal
whereas the length of left limb shorter than the right limb and its dip is greater than right limb.
In addition, the thickness of crest is less than the thickness of limbs. Pattern of faults classified
as compound, parallel, conjugates and radial with graben structure and these faults
concentrated on crest of fold. The fold axis is almost N-S at early cretaceous and then clearly
turns to NW-SE and this may due to counterclockwise rotation of Arabian plate. Geophysical
interpretations and results of structural analysis stated that Nahr Umr oil field formed by three
combined forces which are tectonic movements, reactivated basement, and salt structures. 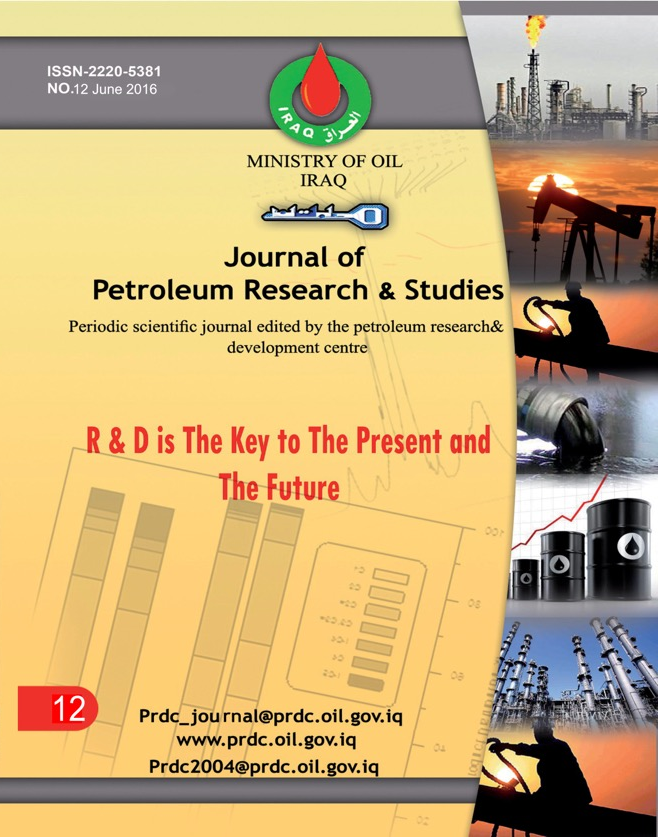